Kat will receive a £15,000 cash prize and a solo exhibition at the Nunnery Gallery in 2024, developed in conjunction with Bow Arts and run as part of the Gallery programme. A second prize of a year’s free studio space at Bow Arts new complex, Three Waters Studios, E3, equivalent to £4,500, was awarded to Cora Sehgal-Cuthbert.

Anderson’s shortlisted work for the Prize is the two-channel film installation John, which tells the story of a young male patient of a psychiatric hospital who witnesses the death of another Black male patient at the hands of white staff. John draws on the many narratives of mentally ill Black people who have met their deaths in police custody or mental health facilities, through violence including excessive restraint holds. Part of an ongoingresearch project ‘Episodes of Horror’, John explores the institutional racism of public health and police institutions and representations of mental illness and trauma as experienced by or projected upon Black bodies in media.

Open exclusively to artists currently living or working in an ‘E’ postcode London area, The East London Art Prize is a celebration of one of the most vibrant cultural hubs in Europe and the shortlist reflects this, with artists born in South Korea and China, as well as east and southeast London. Themes explored in the shortlisted works included cultural displacement, the shared histories of black British women, isolation and belonging within Muslim communities, disability and navigating everyday life as a disabled person. There is also a broad range and exploration of media, with film, ceramic, painting, performance, and sculpture all included.

The highly respected selection panel, made up of artist Larry Achiampong, art critic and broadcaster, Louisa Buck, Ellie Pennick, Director of east London’s Guts Gallery, and curator and Director of The Line, Megan Piper, were impressed by the range and quality of submissions but managed to whittle almost 700 entries down to a final list of 12. The resulting selection is a bold, timely and thought-provoking presentation of the creative excellence to be found in east London.

The Prize forms part of 28-year-old charity Bow Arts’ career development support and opportunities for artists, whose artist network reaches across east London. The open call drew roughly 17% of artists working in east London today – and submissions were encouragingly reflective of east London’s diversity, with one third of entrants identifying as Black, Asian or ethnically diverse and including work from across the visual arts spectrum.

Sponsored by Minerva and Prue MacLeod, and supported by East Bank and other east London based partners including V&A East, Whitechapel Gallery, UCL, LCF, The Line and LLDC, the Olympic Park Charity, as well as the British Council and Dulux, the Prize is designed to celebrate and showcase the quality of art made by professional artists living or working in east London.

“The shortlist exhibition presents original and thought-provoking works which cleverly and creatively probe important societal issues. The works use humour, personal experience, documentary interviews, pain and a re-imagining of our world to create their unique narratives, making for a very special exhibition.”

Bow Arts has been at the centre of the cultural community of east London for 28 years as a vital provider of studio spaces, and currently supports a community of over 400 artists with affordable, secure and creative workspaces, as well as affordable artist housing schemes. The new Prize is an opportunity to shine a light on the work of this important and much-loved east London institution, as well as providing a valuable opportunity for artists across the area. 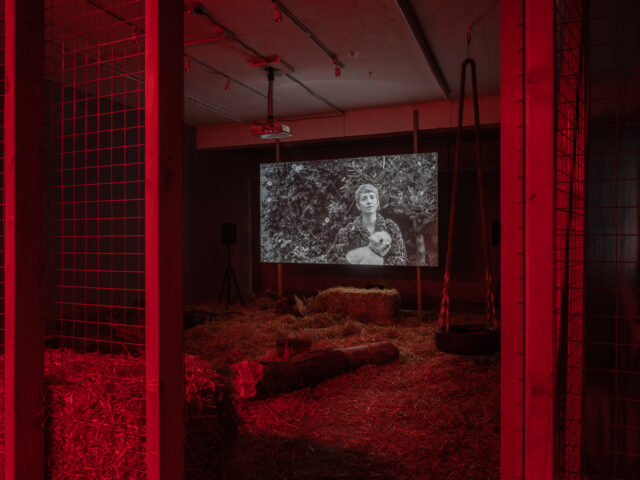